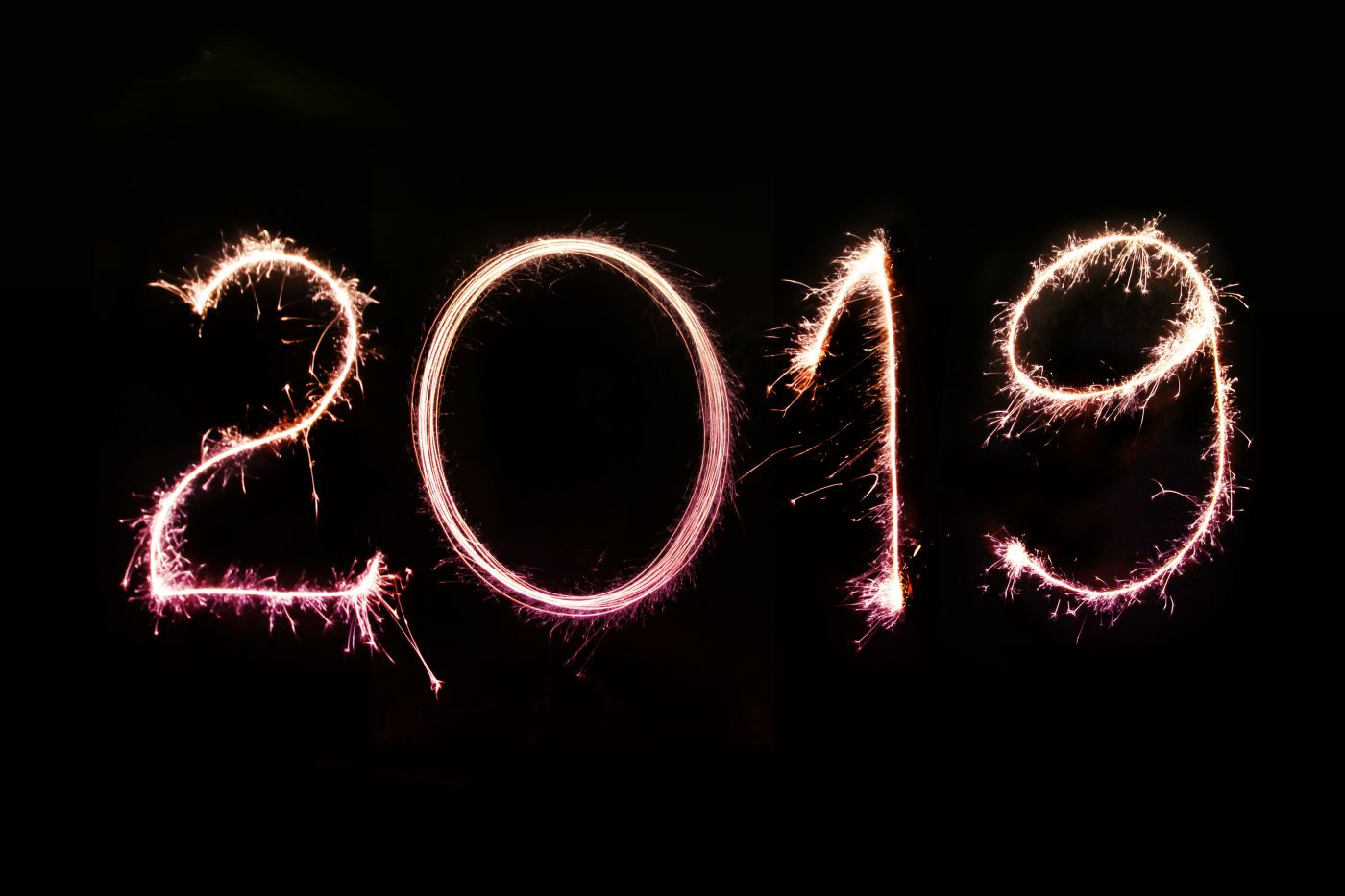 Favorite moments and media from the year that was.

(Disclaimer: Not much of this stuff came out in 2019, this is just when I discovered it.)

In the Wilderness: Coming of Age in an Unknown Country by Kim Barnes. This is a beautiful memoir by poet Kim Barnes about her childhood in northern Idaho. Published in 1996, it was one of several spiritual autobiographies I read this year as I was working on my own. Barnes grew up in a fundamentalist Christian home, and writes insightfully and lyrically about the gifts and trauma of such an upbringing. Her reflections on the dense forests in which she was raised, her family, and her own coming of age are at turns heartbreaking, humorous, mysterious, and deeply relatable.

The Sixth Extinction: An Unnatural History by Elizabeth Kolbert. The environmental crisis can seem like such an unfathomable concept, too large to really comprehend, but Kolbert’s 2014 book makes it concrete. Her point, that human beings have ushered in an extremely rare era of mass extinction, is both stark and sobering. The notion of humanity as an “invasive species” reminds me of God’s whirlwind speeches in the book of Job: for all our assumed self-importance, we are but one type of creature among many–and our impact is unjustly outsized on the creatures with which we share our planet.

Terror, Love, and Brainwashing: Attachment in Cults and Totalitarian Systems by Alexandra Stein. I read this book as part of an independent study on spiritual abuse, which examines totalizing systems from the standpoint of attachment theory. From small, local sects to totalitarian political regimes, the central premise is that such systems create disordered attachments, similar to those seen in abusive family structures, where the source of harm is also the source to which the victim is supposed to turn for safety. Of all the resources I’ve explored regarding spiritual abuse, this book helped me understand my own experience as an ex-Mormon better than any other I’ve encountered–including therapy! (Not that a book is a substitution for therapy, but theoretical frameworks really help me.) Highly recommended for anyone recovering from a high-demand group of any kind.

The French Press by David French. As a center-left political moderate, I have been starving for thoughtful, integrous political commentary to the right of me–largely because it seems as if the right wing in this country has lost its damn mind in defense of our country’s abuser-in-chief, and the gaslighting makes me wonder if I’m going crazy. French brings a morally clear, ideologically consistent conservative perspective to news and current events–and is a thoughtful, faithful theological thinker to boot. His newsletter is released a couple of times a week.

The Athletic. I’m a sports fan (especially basketball), and both the analysis and human interest stories by the excellent writers at The Athletic make it well worth the small subscription price. My favorite writers correspond to my favorite teams: Tony Jones, who covers the Utah Jazz, and Katie Davidson, who covers the Minnesota Lynx.

The 19th Wife by David Ebershoff. It’s a murder mystery/historical novel, interweaving the stories of Eliza Ann Young, Brigham Young’s apostate 19th wife, and a modern “lost boy” from the FLDS community. The characters are delightfully compelling, the plot full of all the twists and turns you want in a murder mystery, and the southern Utah setting picturesque.

The Goldfinch by Donna Tartt. It only took me six years to get to it, but it was as good as everyone said.

Closer Than Together by the Avett Brothers. This one was a 2019 release–I don’t wait when it comes to the Avetts. Love just about every track. Favorite right now might be Long Story Short.

Armchair Expert with Dax Shepherd: Episode 144, The Avett Brothers. While we’re on the topic of the Avett Brothers, this was such a great listen. They talk, they laugh, they sing. Why aren’t they my best friends?

Surviving Y2K. This serialized podcast follows the stories of several people who expected something spectacular to happen when the year 2000 hit–and, well, the world just kept on turning. The skillful interweaving of several ordinary and extraordinary human stories sucks you in and keeps you engaged until it culminates in a poignant, and satisfying, ending.

Finding Cleo. Social commentary, history lesson, and personal confession in the guise of a true crime investigation. Connie Walker, a Cree Canadian journalist, dives deep into the phenomenon of missing and murdered indigenous women in Canada (a problem just as prevalent in the United States). The story is masterfully told, and you will gasp, marvel, and weep at its twists and turns. Walker brings compassion and insight to this incredibly important topic. Of everything I’m recommending here today, I recommend this most highly. Stop everything you’re doing and listen to this immediately.

WNBA Bandwagon. Another winner from our friends north of the border. Here are two Canadian WNBA fans, who, in addition to pining hard for a franchise in Canada, obsess over the WNBA season about as much as I do, and write really silly songs and poems about it to boot. Fun, energetic, delightful.

Queen of the Sciences. My dear friend Sarah Hinlicky Wilson and her dad, Paul Hinlicky, both brilliant theologians, talk in a clear and accessible way about scripture, church history, and theology. They are Lutherans, and so bring a Lutheran lens to things, but are neither polemic nor dogmatic while remaining deeply faithful. I’ve listened to a lot of Christian-themed podcasts in my day. This is by far my favorite. If you just have one theology podcast in your feed, make it this one. (Mormon-adjacent folks, add Gina Colvin’s A Thoughtful Faith.)

Beg to Differ. A political roundtable podcast that models respectful disagreement from the center-left to the center-right. It feels like a breath of fresh air in this polarized political climate. At the end of each episode, they reach across to the other side of the political spectrum to highlight something they agree with from an otherwise political “adversary.” And they refuse to dabble in conspiracy theories and alternative facts, so my crazy meter doesn’t have to blare when I listen.

The Americans series finale. An instant classic. Possibly the best series finale in TV history. The entire series was compelling, but the finale took it to a new level. It was understated–the climactic scene was stark and quiet and utterly engrossing, and the final few moments ended with almost no dialogue at all. And yet it got under my skin the way very few TV viewing experiences ever have. It’s been haunting me since I watched it several days ago. I’ll probably need to re-watch the entire series at some point just to fully appreciate it.

The final season of Orphan Black. I love Orphan Black, and the last season brought things to a satisfying conclusion. Tatiana Maslany’s acting is probably the best I’ve ever seen on TV; her seamless and believable embodiment of multiple characters, often in the same scene, is an astonishing feat. Come for the sci-fi, stay for the social commentary and kick-ass performances.

The Good Place. Multiple people told me I needed to watch The Good Place, but I didn’t get to it until this year–when I devoured the entire series in a matter of weeks. So funny. So thought-provoking. So rich, philosophically and theologically. The entire series is a sermon on why we need God’s grace.

Knives Out. Is this a perfect movie? Probably. A black comedy/murder mystery along the lines of the 1985 classic, Clue. Hilarious and heartfelt, it keeps you guessing right up to its unexpected but somehow utterly inevitable ending. I don’t get to see a lot of movies anymore (it’s almost like working two jobs and having two kids makes it hard to get out), so I’m thrilled this is one of the few I caught in theatres this year.

Chernobyl. Thank God I finished it before my friend, whose HBO subscription I’ve been borrowing for years, cancelled! The acting, writing, directing, and meticulous research that went into producing this mini-series made it a must-watch. It was also, somehow, deeply relevant to our current cultural moment, when Russian-style disinformation has become mainstream. In the end, the main character concludes, “Every lie we tell incurs a debt to the truth. Sooner or later that debt is paid. What is the cost of lies? It’s not that we’ll mistake them for the truth. The real danger is that if we hear enough lies, then we no longer recognize the truth at all.” In this post-truth, alternative-facts kind of world, where you can pick and choose your reality, I am afraid we are in danger of losing our souls.

Shift. If you live with multiple tabs open like I do, might I suggest this tool? It brings all your inboxes, messaging, social media, and digital tasks together into a clean, streamlined interface. If you open a link in Twitter, it stays associated with Twitter. If you open a link from Gmail, it stays associated with Gmail. You can toggle back and forth between multiple Gmail accounts without leaving your screen. Now instead of 15 browser windows with 30 tabs each, I’m down to like three browser windows with eight tabs each, and it feels like I can breathe. Seriously.

Sunsama. I have long been on the hunt for a tool that would help me organize my time and my to-do tasks. For much of the past year or so I’ve been using the Evo planner, which I enjoy quite a bit, but Sunsama has since replaced it. It integrates Google calendar with a smart, efficient kanban-style to-do list, which can be easily categorized. You can pull emails from Gmail directly into your task list. Drag and drop tasks from one day to the next. Take notes from meetings in Google calendar, convert them to tasks, and share with stakeholders. Finally, I’m not losing track of things, and I can schedule my days effectively and quickly. This is a game-changer and I can’t recommend it highly enough.

Bojan Bogdonavich hits a game-winning 3 against the Milwaukee Bucks. The Jazz are one of only four teams to beat Milwaukee all year, and they did it this way. Such a memorable moment.

Lynx forward Napheesa Collier wins WNBA rookie of the year. She’s a ray of hope for the Lynx, whose championship core broke up this year. Hopefully she’ll be the start of a new core that leads to more championships in the new decade!

The Shot (part II). (Here’s The Shot part I.) I died. I was cheering for Chicago, so I was sad, but also it was amazing and I died.

Megan Rapinoe. Just everything about her. She is amazing. That is all.

Maya Moore. I reallllllllly hope Maya Moore comes back to the Lynx after her sabbatical in 2019. It feels about 50/50 to me, but a girl can dream. Still, her decision to step away from basketball in order to serve God is one that I admire so deeply. She is my favorite athlete of all time, in large part because of her faithfulness and commitment to things much more important than basketball.

Professional: Launching Faith+Lead. This is a property that we hope will help shift the landscape of theological education in the United States, and equip Christian leaders–both lay and ordained–to lead faithfully and effectively in a post-modern, post-Christian world.

Personal: Finishing the first (and second) draft of my spiritual autobiography, Sealed: A Memoir of Family and Faith. It needs another few rounds of revisions, but I also hope to be able to start shopping it around soon.